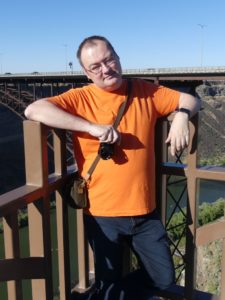 First day of 2018 is perfect time to look upon the previous year.

After changing domain last year, I decided to move hosting too. While I left my domains with DreamHost and Plus, I moved my hosting to Linode. Performance-wise, its even smallest package is equivalent to shared hosting and it offers much higher flexibility.

In any case, my decision was topic of quite a few posts and probably will see a few more in 2018. Speaking of posts, year 2017 saw 83 of them. That's an average of one post every 4-5 days. Right in the ballpark of the last year's resolution.

Majority of posts was Linux related - whether it's Linode or Mikrotik. I essentially went over all things I needed to setup my home network, my home NAS, my NTP server, and my web site.

Second most-used category was programming, followed by general updates, and lastly just a single post about electronics. I guess after having it be top category for 2016, I grew a bit tired. But no worries, I have a few electronics projects planned for this year.

Traffic-wise, there was a slight growth as compared to the last year. For Nth year in row, this is driven mostly by VHD Attach, followed closely by OpenVPN and SSTP setup for Mikrotik. My password manager Bimil also saw quite an uptick in downloads.

In regards to the reader's browser selection, Chrome is still firmly in the first place with just below 60%, Firefox is distant second at 20%, and Internet Explorer has dipped below 10% but still in the third place. In forth place Safari slightly dropped to 5% with Edge still at 3% and going nowhere from the fifth.

Traffic coming from small browsers has increased with almost 5% belonging to either ancient (yes, Opera is here again) or browsers I've never heard of (e.g. YaBrowser). I wouldn't be surprised to see one of them kick Edge off the top 5 list next year.

When it comes to traffic sources, USA is still firmly first with 20% of visitors. Second is still Germany, albeit at slightly lower 7%. Third place belongs to Great Britain and Russia, both at 4%. France, India, Italy, and newcomer Poland follow at 3%. My home country of Croatia is 19th at 1.24%.

This year also saw record 213 countries in the list of visitors. Of all single visit countries, my points go to St. Barthélemy. I am a sucker for names outside of ASCII.