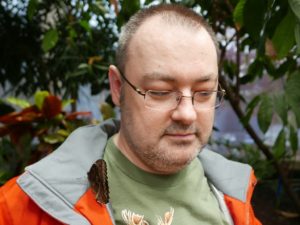 As before, the first post of (UTC) 2017 is reserved for some stats.

The most notable update this blog saw was a move from jmedved.com to medo64.com domain. It came on a whim and without too much trouble.

In regards to posts this year, there we 69 of them - again a few more then the year 2015. As my plans were to keep up a post every six days, I cannot be dissatisfied. For this year, I will aim for five and let's see what happens. :)

The most posts were in the electronics category (14%) closely followed by general updates (13%). Programming got 12% as did Mikrotik - something I started playing with again after a while. Lastly we have the Linux category at 10%.

I got a bit lazy with YouTube channel and all chances are that this'll continue in 2017. Making even a single video simply takes time and that is one thing I rarely have.

Traffic-wise it is annoyingly hard to tell as I changed domain mid-year. Yes, I could spend some time and consolidate numbers but I cannot be bothered. Based on random month selection, traffic is in the same ballpark and that is good enough for me.

For the first time slightly more than 50% of readers is using Chrome, and Firefox is a distant second with 20%. Somehow Internet Explorer is still third at 15%. Safari is further away still at 6% and I cannot believe crappy Edge has almost 3%. I guess Microsoft's practice of making it default with every Windows update kinda works. Either that or 3% of my readers have lost their mind.

20% of my traffic comes from USA, with Russia at second place with 10%. This is really a surprise to me as Russia wasn't even in the first 10 previous years. Closer look at sources shows this is probably just due to Russian spam-bots as in the first 10 I could verify only a single source. Germany is thus third at 8%. United Kingdom, France, Japan, and India share the fourth place at 4% each.

Total of 196 countries visible in my logs is again down from the 207 last year - I am losing countries left and right. My favorite single-visit country was definitely São Tomé & Príncipe which gets extra style points for its Unicode rich name.