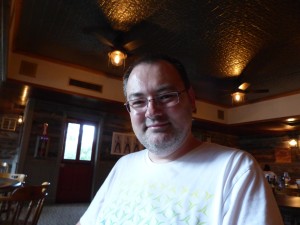 As in the previous years, first post of 2016 is reserved for some stats. And yes, since I publish my blog posts in UTC times, I am aware it might not be a new year everywhere yet. So what? :)

This year saw 58 posts - slightly more than the last year but not nearly as much as the years before. What can I say, I got lazy. I did manage to keep it roughly at a one post a week which is my goal for the next year too.

As it became usual, there is around 20% posts about programming, Windows and Linux got 12% each, and electronics got slightly less at 10%. I did make a few videos too but I am definitely sticking with the textual blog for now.

Traffic decreased slightly as compared with the last year and pretty much all decrease can be traced back to a single post going away due to DMCA complaint toward Google. Regardless of post only describing the officially supported functionality, some smartass decided that it must be bad with the title like that. I've tried complaining and challenging takedown but pretty much never got a human to answer me. And yes, despite Microsoft being behind removal, Bing still happily returns the page. Too bad nobody is using it.

Visitor browser stats are almost the same as in the previous year: 44% comes via Chrome, 24% chose Firefox, and 21% is still using Internet Explorer. Microsoft Edge is as successful as Windows Mobile at about 1%. Newcomer is Maxthon at 0.2%, something I didn't even know existed. And guess what, same as last year, only 5% visitors decided to squint at their mobile phone.

There was a slight change to visitor's locations. First is still USA at 21% and second is Germany at 11%. The newcomers are UK and Japan, both at 5%. India has dropped of the radar to only 4% compared to 10% it held previous year. Either I lost a whole country or they just started to hide their location. Total of 207 countries visited the site with Caribbean Netherlands being my favorite single-visit country. Before seeing it in stats, I had no idea it even existed. Again, as the vast majority of traffic comes from an unknown location, I cannot really tell how accurate stats actually are.