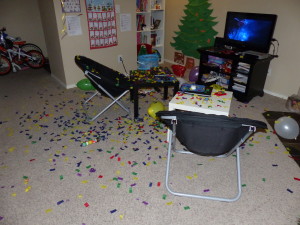 As always, first post of a year is reserved for a bit of statistics.

This year I published only 49 posts. I would like to tell it's because they are of a higher quality but truth is that I got busy with other stuff and this blog got ignored in the progress. I highly doubt I'll return to a new post every three days as it was when I started writing but once a week should be doable.

Since programming posts take most effort to do properly, their percentage has dropped to only 20%. About the same number of posts was related to Windows. Next up with 10% was Linux and another 10% was dealing with electronics. Rest is mishmash that I won't even bother to categorize.

There was a slight decrease in amount of traffic site has been getting but that was to be expected due to a drop in posting frequency. As it became usual, about 65% of traffic is coming from unknown place so I'll just ignore them. Out of known locations, United States were again most common source with about 35% of all visits and Germany came far second with 15%. India was third with 10%.

Same as last year, Chrome was the first browser of choice for viewing with 40% of traffic coming via it. Internet Explorer and Firefox basically share second place with about 25% each. Fourth honorable mention goes to Safari with 5%. Similar to last year, 95% of those visits were done via desktop and not mobile phone.

This year I also did a major site improvement - it became https-only. While average visitor probably doesn't care and hopefully saw no difference, those more security conscious will appreciate this change. It is more of a philosophical move than anything else.

This year will also be remembered for me as the first year a page of my site was intentionally blocked by a search engine. Post in question was Installing Windows 8.1 (or 8) without a product key and it was DMCA'd due to comments as far as I can deduce. It is really difficult to know what exactly happened because every questions seems to get a black hole treatment.

That's it - regular program will continue with the next post.