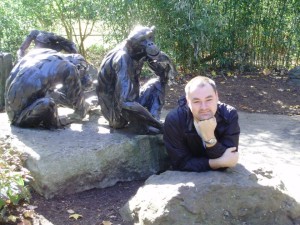 As usual, first post in 2012 is great chance to recapitulate what was going on in previous year.

There was total of 106 posts (which is slight decrease from last year) with around 40% of them being related to programming and 10% being related to my programs. Rest of posts is anybody's guess - I am annoyingly bad at assigning categories to posts. Improving on that might even be my New Year's resolution. And, as it happens with all of those, it will fail miserably. :)

Total number of visits has increased to 90,000 (from 54,000 last year) so I would say that blog has some traction going. Search engines bring little bit over 50% of traffic (90% of that being from Google). Referral sites bring 30% which means that there is almost 20% of people who enter this link directly.

Analysis says that 25% of you are from United States, 10% from Germany and further 30% from all around world. My own country (Croatia) brings 2.7% to the table. That leaves something like 35% of people that have no location on this world. Either browsers got better at hiding their tracks or aliens just love my blog. :)

Internet Explorer still leads in browser wars with 36% of visitors using it. I was pleasantly surprised that majority of those using it were at version 8 (55%) or version 9 (33%). That leaves only 12% for older versions of IE. Firefox was second with 33% and my favorite Chrome was third with 25% of a pie.

This year also marks special moment for me - I left Blogger platform for self-hosted WordPress site. This step included not only efforts of installing WordPress (which was really easy) but also manual conversion of 340+ posts. And it was worth it since WordPress gives me much better control over almost every aspect of my blog, since speed is improved, since I was able to integrate everything with my old site, and list goes on and on. Only downside is that I am now responsible for making backups and paying for hosting costs but it is small price to pay (and one can always make a donation).

Happy new year to everyone.