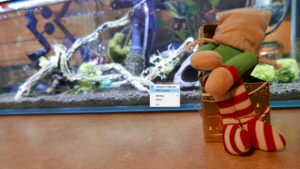 I had an interesting problem. I wanted another monitor. But I didn't want to buy it. For one, I just needed it just temporarily. Secondly, I needed it to be mobile so any properly sized monitor was out of question.

With that in mind, I took inventory of things I had and came upon an idea. I already have HDMI capture USB and I already have Surface Go which surely looks like a mini monitor. If I connect my laptop via HDMI to the capture card and use webcam to show capture output, I essentially have an HDMI-to-monitor connection.

I tried it and it worked wonderfully. Almost.

As my Surface Go runs Ubuntu, I have tried multiple Linux webcam applications and neither of them worked as I wanted. I simply could not find any that would work in full screen. In addition to losing screen real estate, I also noted other issue - darn cursor was visible. None of the webcams would turn off cursor while running.

After going over every webcam application I could find and finding a fault for each, I finally decided to build my own.

This is as simple as webcam software gets. When started, it will display the first webcam while keeping cursor hidden. If you press Space, it will switch to the next webcam. Essentially everything I needed.

And yes, I did complicate it a bit more later. I added a support for windowed mode, going as far to allow alignment to any screen corner (try keys 0-9) so you can have "head-in-the-corner" effect. I also added a few configurable settings and will probably add a few more with time. However, the idea is to keep it as simple as possible.

Application supports both Linux and Windows. If you're in need for something like that, give it a try.