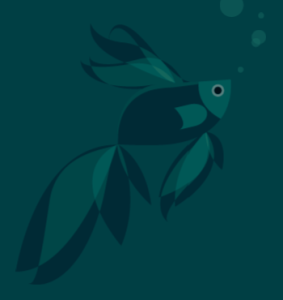 Last week Microsoft announced Windows 8.1 preview and I decided to install it on my personal machine. I mean, what could go wrong?

Installation process was really simple. First there was a quick fix for Store, followed by quick restart, Store-based install, and an 0xc0210000 error code. After some troubleshooting and a question later, problem went away when I disabled all startup applications. I would not call this a rock solid installation process in any case. But it did work (eventually).

First thing you might notice after reboot is that DPI is all wrong. Not only that Windows will not recognize high-DPI screen as they used to but, if you manually select larger text, they will also make everything blurry. Only way to get things back to normal is to select one scaling level for all displays. Once that box is checked you will be able to set DPI without blurriness.

Mind you, this might as well be issue with a graphics driver. Windows 8.1 changed driver model slightly once more . Fresh install of Intel graphics driver sorted this out.

I thought search cannot get much more wrong than what we got with Windows 8. I was semi-correct. Finally applications, settings, and files are searched together (as they were in Windows 7). However, you will get only first four hits to chose. Rest of screen will be taken with Internet search suggestions. Nice way to waste space.

Start button is a joke. Instead of full featured and loved implementation we had in Windows 7, there is a button that supports few menu options when right-clicked. Judging by the attention to details it was probably implemented by a janitor. I guess it is not all bad news because finally you can disable upper-left and upper-right hot corners. Yippee, close button is usable once more without fighting with charms menu.

There are few new Metro-style applications slowly taking over functionality from their desktop equivalents. For example, we have fully functional Metro Calculator. Oh no, wait, it misses Programmer mode. I guess that student developing it ran out of time. Most other applications that are metro-lized suffer same issue. They are just not finished so they will miss features or two when compared to their desktop brothers.

Explorer got a slight update. Not only it is called File Explorer these days but it also offers This PC as start page instead of My Computer. Some poor soul worked his heart out for this one.

Not all changes are superficial though. SkyDrive got more integrated and I find that a good thing (as does NSA :)). New DPI model shows promises in cases where you have two monitors with different DPI settings. And lets not forget boot to desktop.

It is a bit unfair to judge Windows based on just a preview, but I have a feeling that Windows 8.1 are going to be just bunch of fixes and applications that should have been there from day one with Windows 8. Regardless of my bickering, they are improvement over Window 8 and things are bound to get better once install procedure is fixed and manufacturers get their drivers in order.

As far as I am concerned, possibility to disable upper-corner charms and "everywhere" search are reason enough to upgrade. Especially since it will be free.