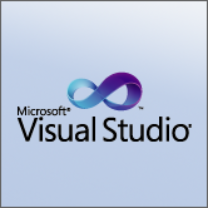 Visual Studio 2010 has SP1 lurking around. It just arrived in form of beta accessible only to MSDN subscribers but I am sure that general public will get it at Thursday.

Total download size is 593 MB in single ISO. Exact content of package was not published (as time of writing this post) so I risked my main development machine and I installed this service pack beta based on faith alone. Installation took around an hour with need for single restart and with annoying flashing of taskbar button every few minutes (probably as each independent package was queuing-up).

I must confess that I see no big difference. Everything is where it should be. There might be some new templates and there is probably a lot of bug-fixing around. However, everything appears to be stable and this is best thing I can say about any beta.

As expected, it also contains new offline Help Viewer. Cries for normal offline viewer started with Visual Studio 2010 beta and only grew stronger with final release. This service pack finally brought something that works as good as offline viewer in times of Visual Studio 6.

I am eagerly waiting to see which features I missed and what exactly is in this service pack. In meantime I hope that my machine will not crash... :)