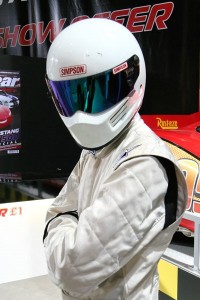 It is not a secret that I like Michael Schumacher. When it was announced that he will be substitute for Felipe Massa, I was happy as little child. As you all know, that didn’t happen.

Although I still followed Formula 1 and I still was Ferrari fan, something didn’t feel right. First there came Kimi Raikkonen. Guy was quick but I just couldn’t imagine him in Ferrari clothes. Next idiotic move was signing Fernando Alonso. Getting this guy in red suit was just too much for me. Only thing that tentatively connected me to Ferrari was Felipe.

My plan was just to repeat year 2009, be a Ferrari-Massa fan and hope that next year they will find driver worthy enough to drive in red car.

However, it seems that I will be Mercedes fan instead. They successfully (according to Bild) completed negotiations and Michael Schumacher will drive once again.

He doesn’t need any money (and he will not get much anyhow) and nobody expects him to actually win championship. It will just be joy ride mixed with wish to prove himself again. I other words – pure joy to watch.

Thank you Santa for this present.