I do not play a lot. Occasional game now and then is enough to satisfy my need for gaming without taking too much time. When I look back to last 10+ years, I played mostly Duke Nukem 3D, Unreal Tournament and similar ones. I played few RTS games also, my favorite being Dune II and Warcraft II (it seems that there is something with those II's). Space simulations like TIE Fighter or X-Wing vs. TIE Fighter were more than welcome to make use of my joystick. 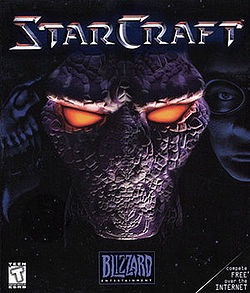 I don't play any of those games now. It seems that they got just boring with time. I have always liked human opponent in a game so FPS gaming was first to go when my friends and myself started to work more and play less. Space simulations were next to go (along with RPG games not named here) since they just take too much time. RTS games just got boring after passing all levels and regularly beating computer in games.

I took a look at new games but since I am business laptop user they were either too ugly on my integrated graphics card or unplayable at all. And I am not big fan of graphic-intensive games - in my personal opinion game does not need to have great graphics to be a great game.

However once upon a time I installed GOM Player since I needed something small to replace my favorite BSplayer which went in spyware bundling ways. Player was really good, no spyware, no commercials except occasional commercial for something called GOMTV in his status bar.

It took me a while to take a look at that site and there was Starcraft Tournament at the moment. I did played that game way back when it was released and it didn't hold any particular appeal to me but I took opportunity to take a look at it again. All those games were Korean but surprisingly there was also English commentary for them. I was hooked up. Games were great and commentary made them understanding to me. Since that time I am following all games eagerly waiting for next Sunday. Before that time only thing I never missed was F1 race. Now add Starcraft match to that.

After watching few games I tried playing it myself and I must confess that I really liked it. I flied through campaign, both from original and Brood War expansion. I do fight computer occasionally but that is way too hard at my level - I can just hope to survive first few attacks. Fortunately there are some friends that like that game also so I have opportunity to beat somebody from time to time. I do play with random players on battle.net also (although it is very hard to find good 1-on-1 map without never-ending minerals or 20 geysers around). At this time, my win score is 0 but I did play some nice games.

It is strange how I see that game (old 10 years) in different light, mostly thanks to Tasteless' commentary of game that held no appeal to me before that. Whether this is just short-time crush or real long-term relationship only time will tell...